When Shadow Meets the Bodhisattva

The Challenging Transformation of a Modern Guru 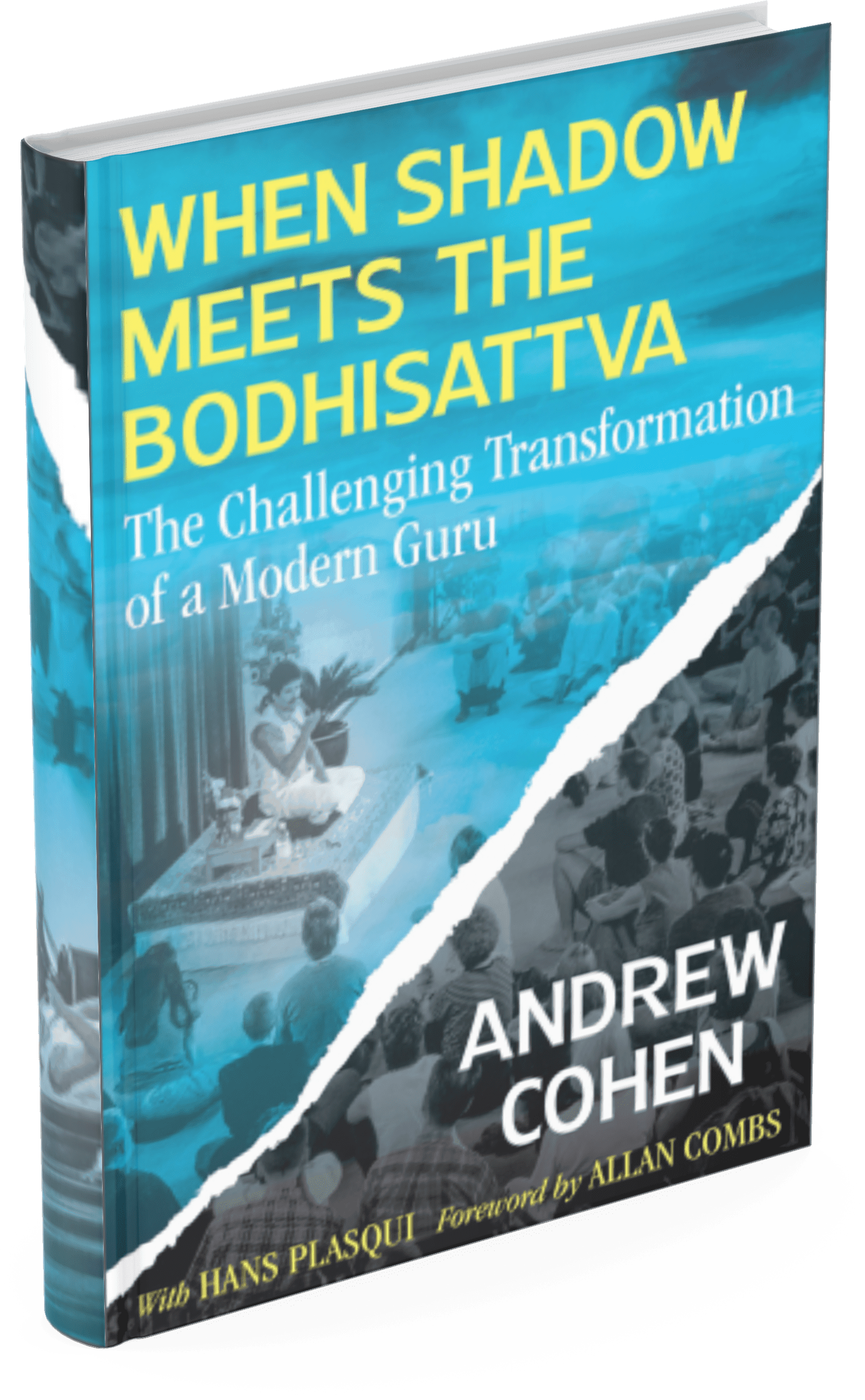 When Shadow Meets the Bodhisattva

When Shadow Meets the Bodhisattva is an unflinching exploration of the rise and fall of Cohen's organization EnlightenNext, in which the author details his own responsibility for its failure, and the lessons he learned, including the need to deal thoroughly with one’s shadow for continued spiritual growth.

Finally, he shares a new vision for a spirituality of tomorrow, and a modern understanding of the ancient Buddhist model for disseminating enlightened wisdom known as the Triple Gem.

When Shadow Meets the Bodhisattva by Andrew Cohen with Hans Plasqui, foreword by Allan Combs.

After his very public fall from grace in 2013, renowned spiritual teacher Andrew Cohen vanished from view and underwent a dark night of the soul.

After years of intense introspection and soul-searching, Cohen shares his insights into the failure of his organization EnlightenNext, including his own responsibility for its downfall, as well as a new vision for modern spirituality based on the wisdom of the lessons he learned.

Whenever I perceived my students to be weak, failing to live up to the teachings, I instinctively treated them with impatience and intolerance. The reasonable psychological explanation for my edginess around any form of vulnerability, weakness, or ambiguity is that it was a sign that my own shadow had been triggered. I overreacted to parts within myself that I could not accept and didn’t want to face. In these cases, my students’ weaknesses were, in fact, my own. 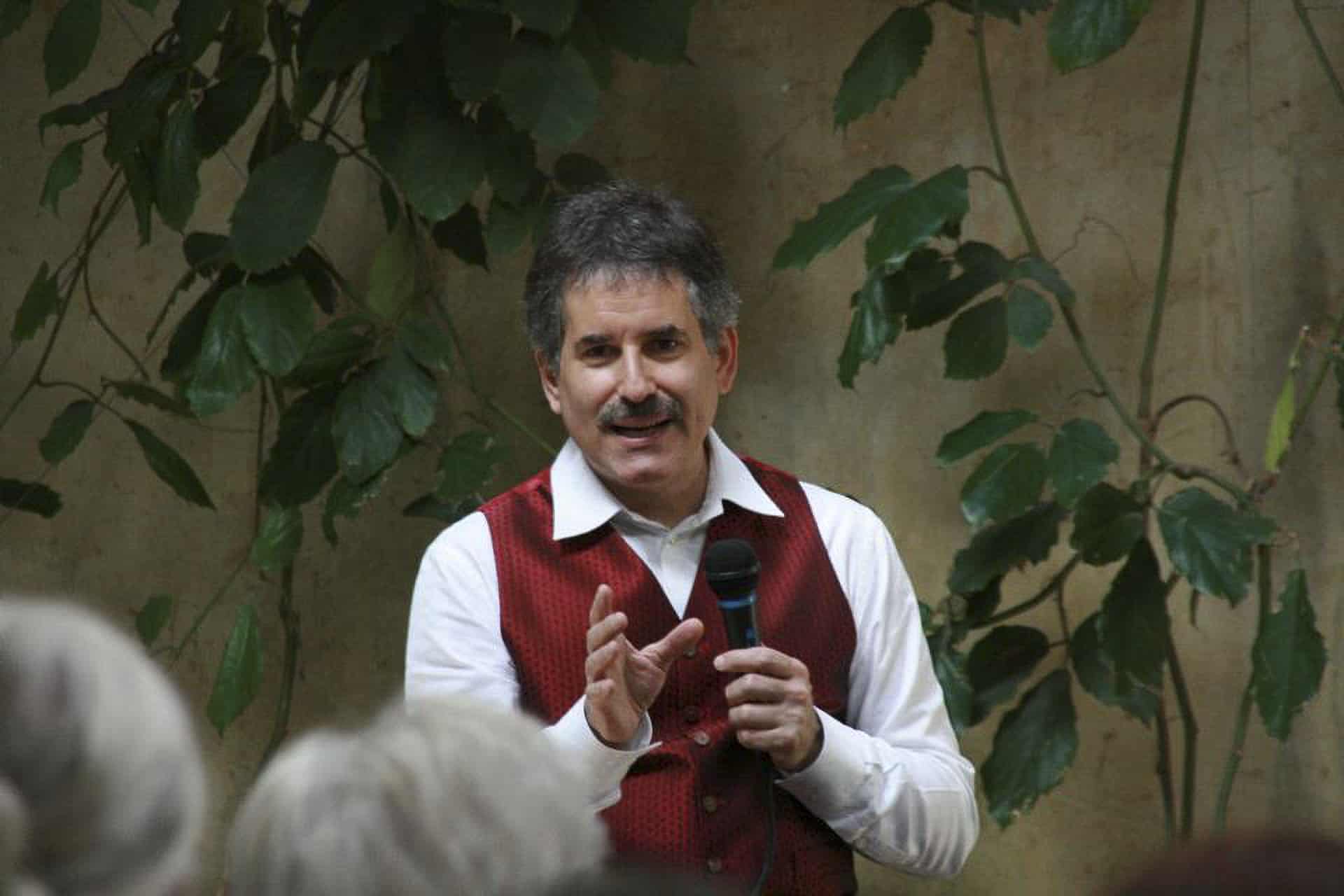 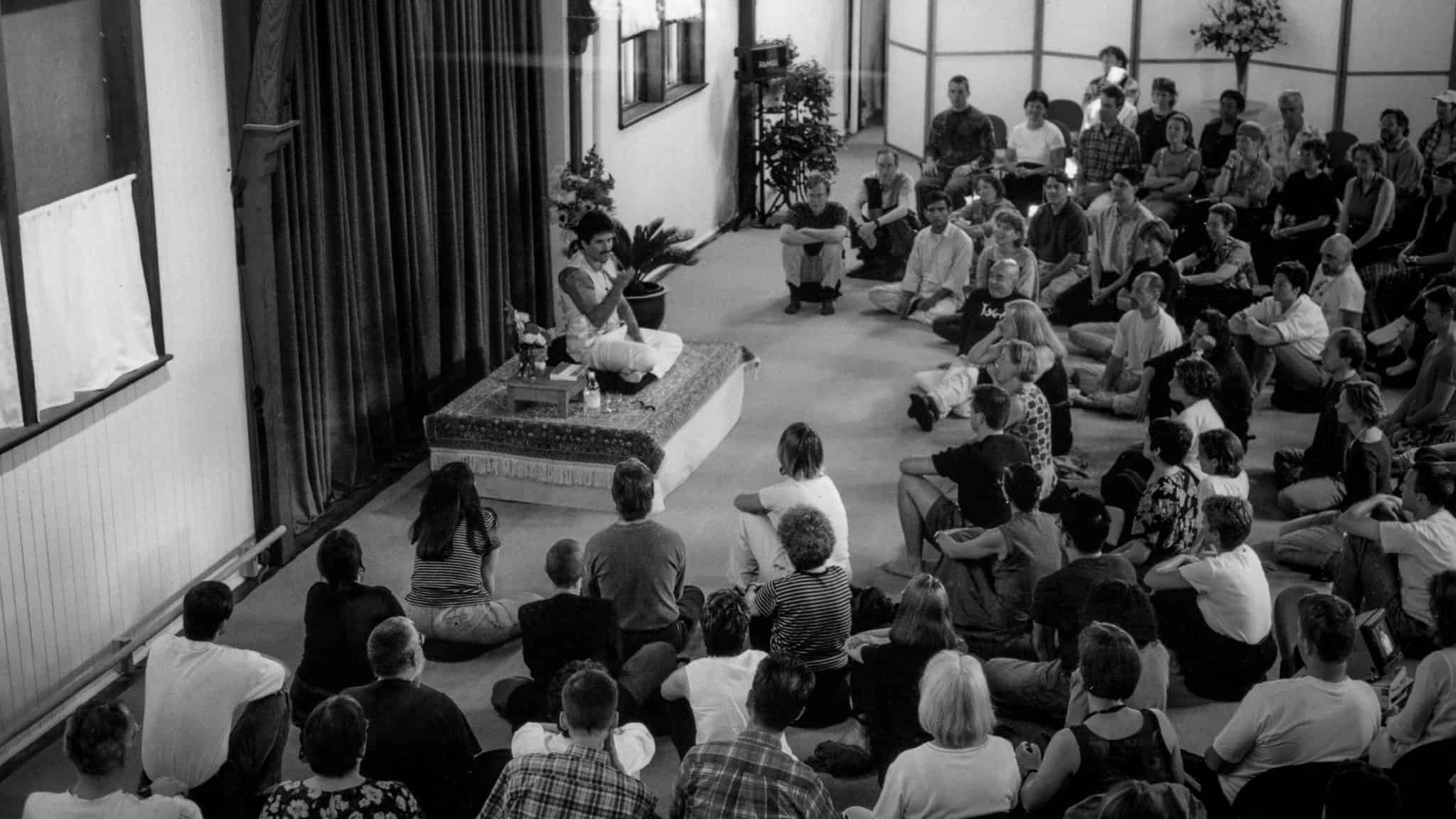 The author details his spiritual initiation, his rapid rise to guruhood, the explosive growth of his spiritual community worldwide, and then--right at the height of its spiritual and creative emergence--its dramatic collapse, which left his students lost, bitter, angry, and confused.

He shares his gripping spiritual odyssey from the heights of illumination, down into the existential ashes of failed aspirations, to the underworld of inner darkness, and back again into the light.

Building upon the lessons he learned, including the need to deal thoroughly with one’s own shadow, Cohen explains the necessity of the guru in spiritual practice, while also exposing the dysfunctions of the traditional guru-disciple model.

He shares insights from his discussions with spiritual leaders, including Ken Wilber, Diane Musho Hamilton, Doshin Roshi, Jeffrey Kripal, and Patricia Albere, revealing how the issues he faced are profoundly relevant to the spiritual community as a whole.

He also shares how his teachings have evolved and sheds light on the art of communicating beyond ego and unleashing the co-creative power of our shared collective intelligence–the key to initiating enlightened change in this world in crisis. 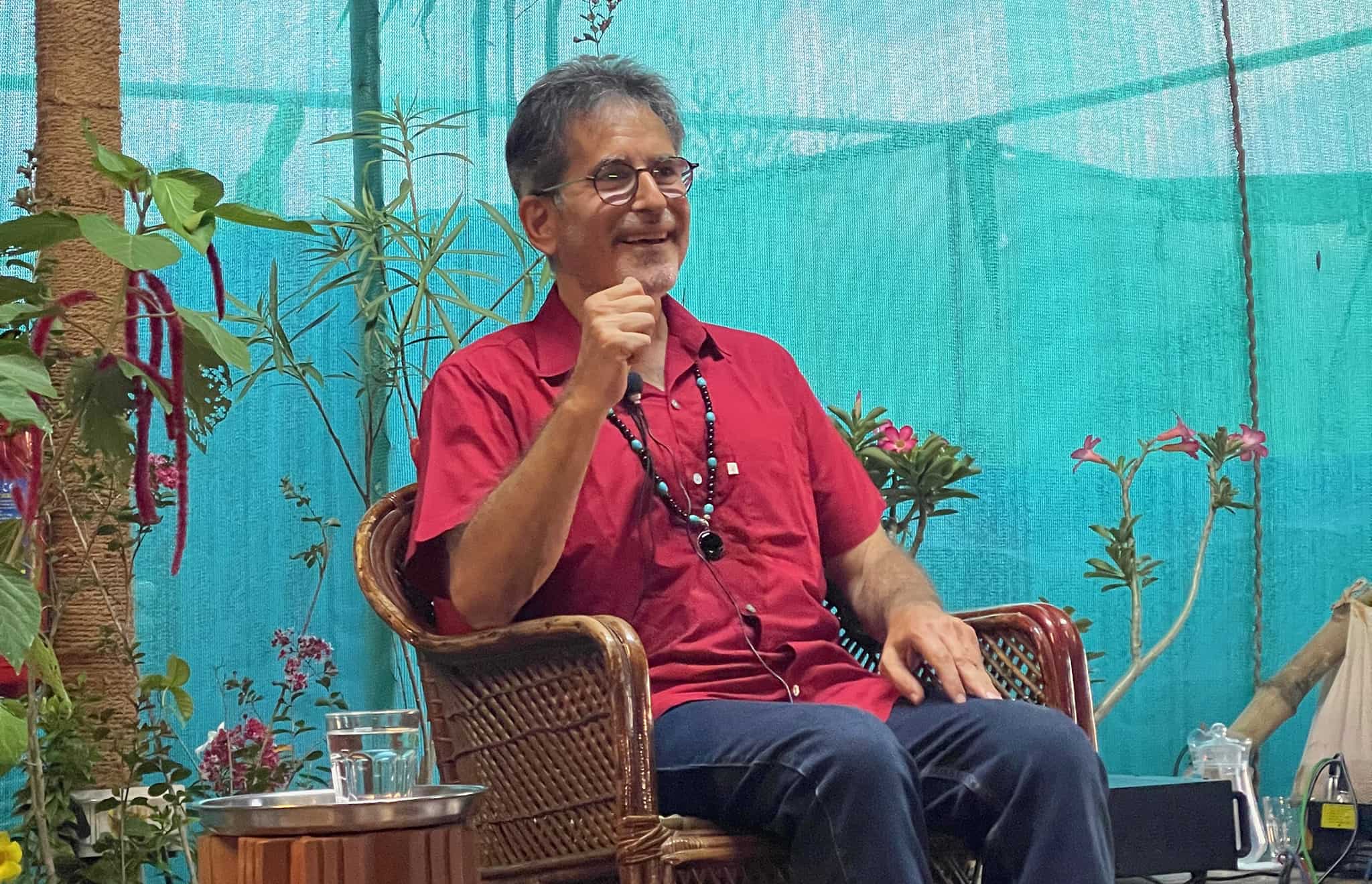 Praise for When Shadow Meets the Bodhisattva 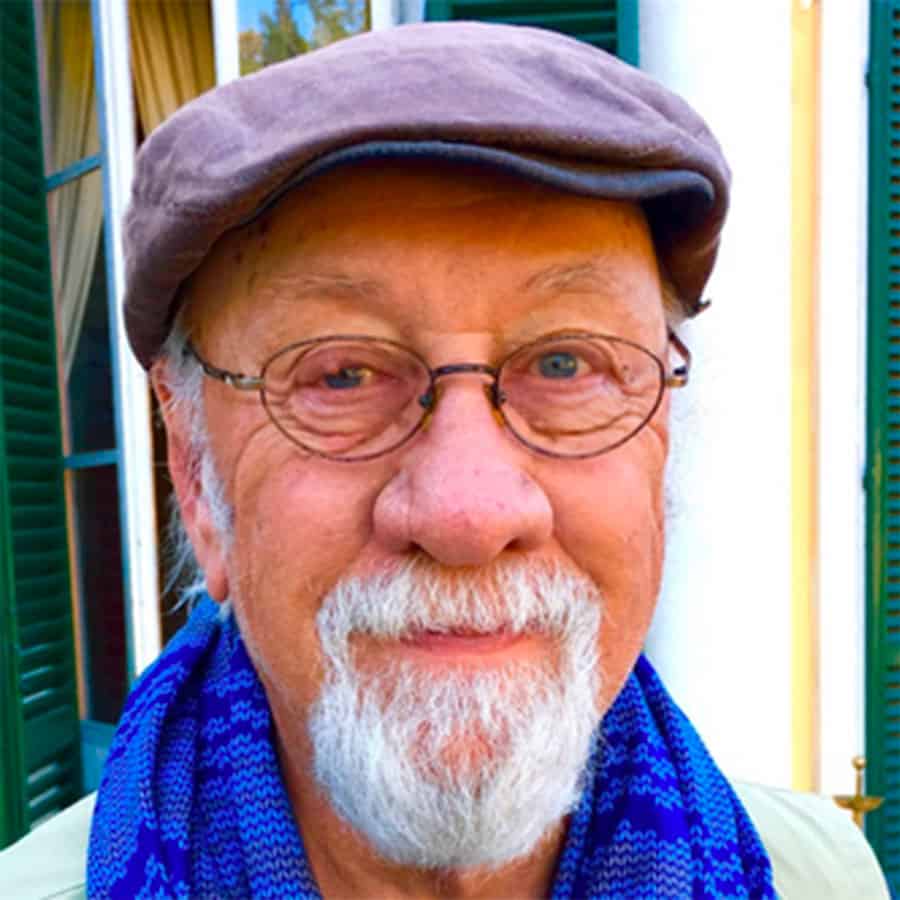 “A true spiritual odyssey by a modern master. The personal depth and descriptive brilliance of this remarkable journey carries us up to heights of illumination, down into earthly existential ashes of failed aspirations, into the underworld of inner darkness, and back. This story is unparalleled in today’s spiritual literature.” 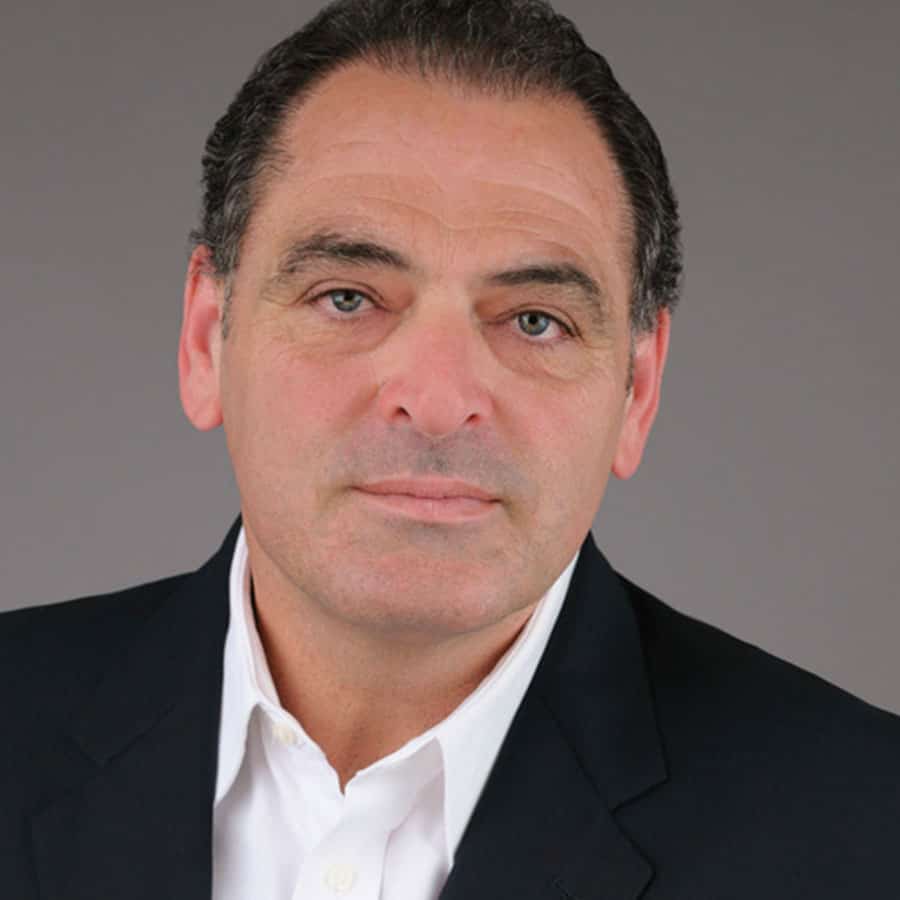 Said E. Dawlabani
Gravesian Developmentalist – Author of MEMEnomics and The Light of Ishtar

“There’s a phenomenon in ancient Arab literature called “the forbidden field”. It is a rare state of consciousness where exceptional saints and poets dwell. Today, that field is reserved for those who can traverse the nondual nature of existence: the deep suffering of the soul’s journey in life as experienced from the realms of Cosmic Consciousness.

Andrew’s book is a bravest testament to that new nonduality at the highest levels. His experiences are universal to all those who answer their transcendent calling in life: The rise to prominence, the wounding, and ultimately the reckoning that annihilates our former selves. It is in that place of surrender that we discover our authentic Self and begin our long journey to this new forbidden field.

Andrew’s searing honesty and rare bravery on the pages of the book, along with the conversations he has with people on the leading edge of consciousness are nothing short of a new guide on how to transcend the ego and the shadow and become a modern-day integral Guru. It’s a compelling read. I couldn’t put it down.” 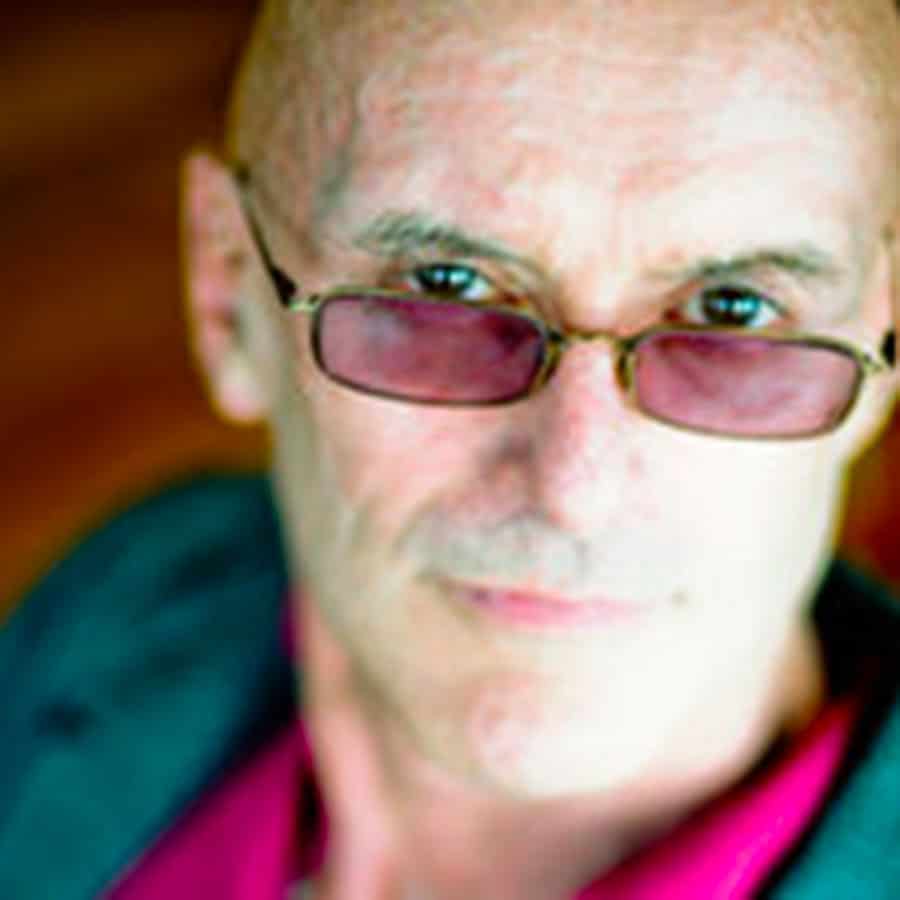 Ken Wilber
Integral Philosopher and author of The Religion of Tomorrow

“This is an extremely important and highly recommended book. It’s beautifully written and comes straight from the spiritual heart.

Get it and read it—it will change your life.” 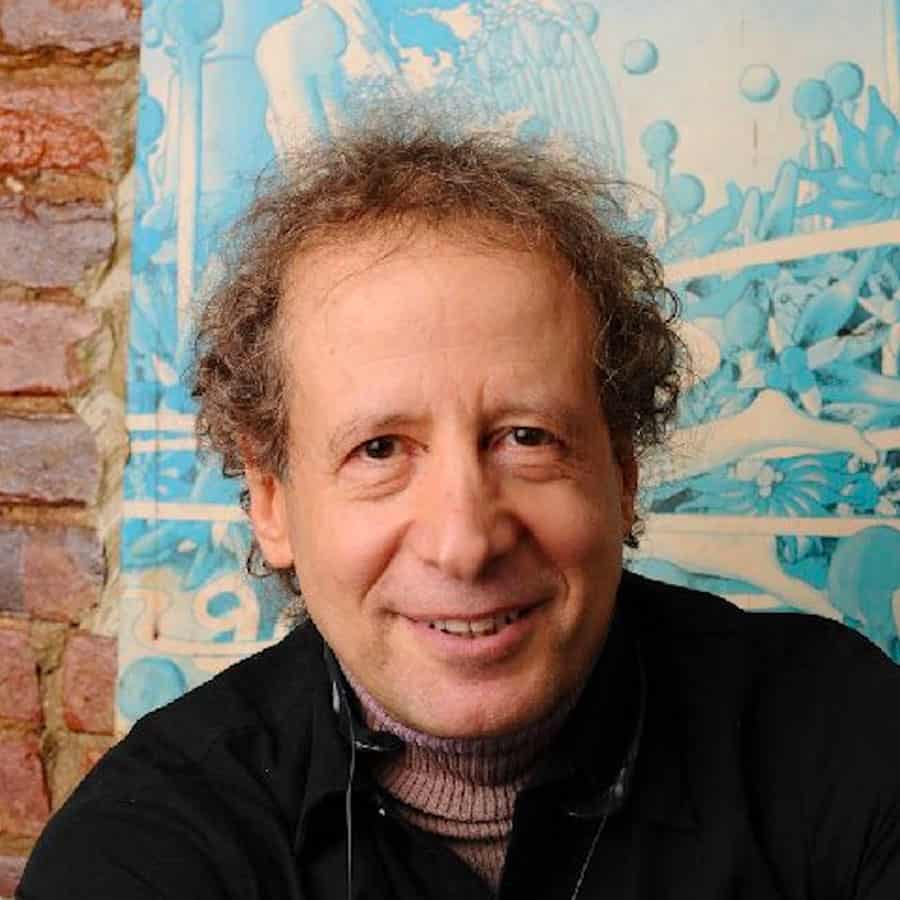 Howard Bloom
Author of The Lucifer Principle: A Scientific Expedition into the Forces of History
“A brutally honest immersion into the creation and destruction of a spiritual group, and the crucifixion of its leader. A primal pattern of hierarchical systems is at work - the hierarchical systems that dominate our lives, and are even at work in spiritual movements which seem to preach the end of hierarchical leadership, but which embody the ecstasy of submission that only groups with leaders generate.” 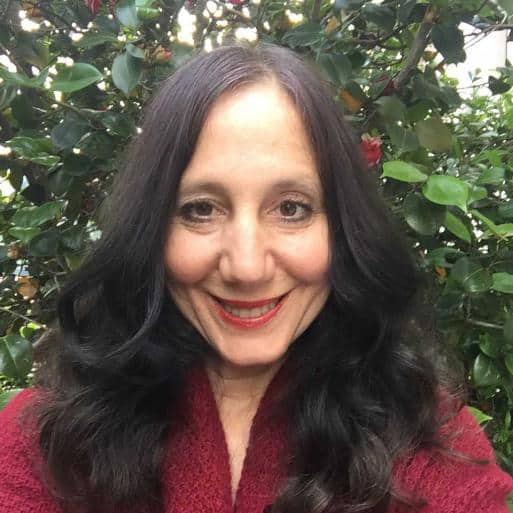 Diane Marie Williams
Founder The Source of Synergy Foundation
“Andrew Cohen has boldly and courageously shared his deeply compelling journey into the core of the evolutionary impulse through emerging from the shadow of mythic absolutism into the realm of the Radical Spirit where breakthrough revelations, extreme transformation and the fire to catalyze collective transcendence for the benefit of the greater good resides.” 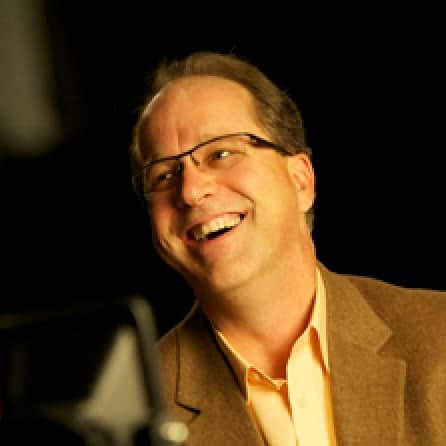 Jeffrey J. Kripal
Author of The Superhumanities: Historical Precedents, Moral Objections, New Realities
“Andrew Cohen tells his story in these pages and explains both what went very, very right and very, very wrong. He takes responsibility for what happened and relates it to his own pride, authoritarianism, shaming techniques, and the traditional hierarchical role of the perfect mythical guru, but he also confesses those deeper evolutionary forces and absolute truths that have shone through his own Indian guru, himself as guru, and his gifted students all along. We need this book. We need this Andrew Cohen. We need this evolution.” 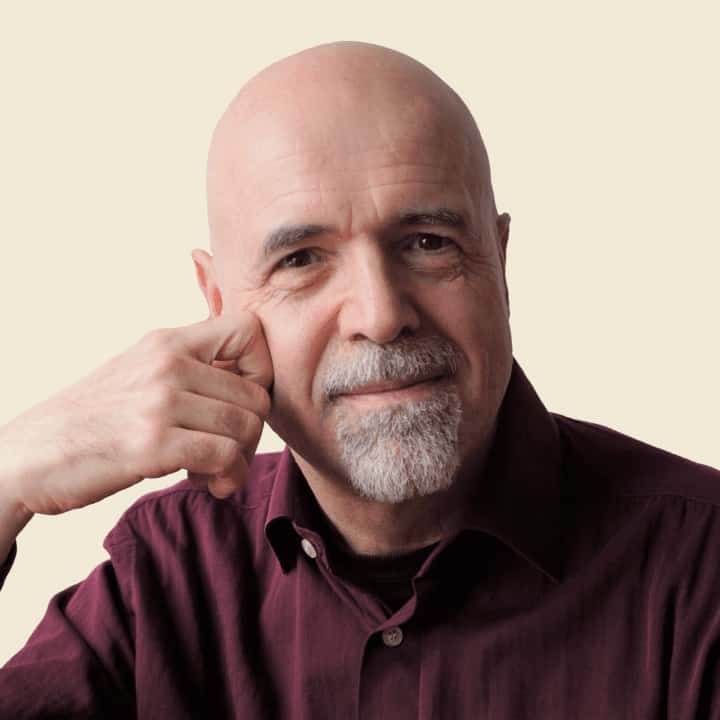 Martin Ucik
Author and Facilitator Integral Relationship
“A marvellous and enlightening book for any teacher and practitioner on the edge of cultural and spiritual evolution who wants to make the world a better place.” 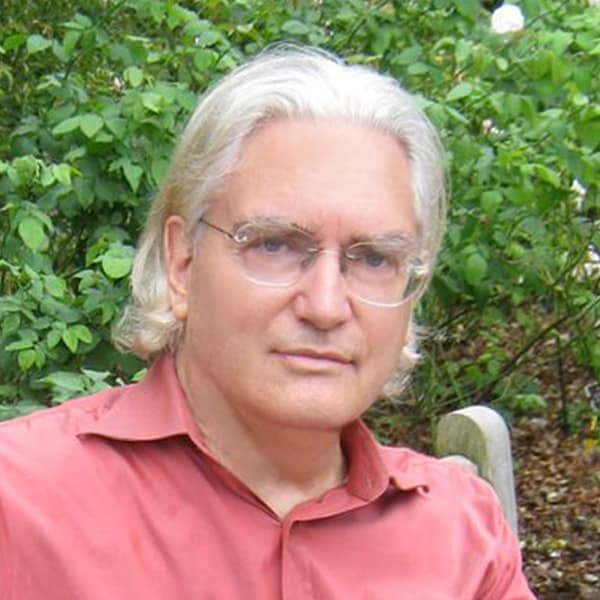 Kurt Johnson, Ph.D.
Co-author of The Coming Interspiritual Age, author of Fine Lines and Nabokov’s Blues
“Across the wide thematic context in Cohen’s narrative, myriad paradoxical elements (each highly nuanced in themselves) are here: the nature of awakening and enlightenment; absolute and relative reality; epiphenomena and micro-phenomena; holons in dynamic systems; autonomy and communion; context dependency; freedom versus binary choices, causality and co-arising; advaita & neo-advaita; radical idealism; the pitfalls of the magic-mythic worldview and pursuit; mythic absolutism; guru function, mythical identity & perfection; guru intervention and the mysteries of transmission and the numinous; the guru, dharma and sangha; and finally, to wrap up: Cohen’s predictions on the future of ‘Triple Gem Integral’ and ‘Evolutionary Enlightenment’.” 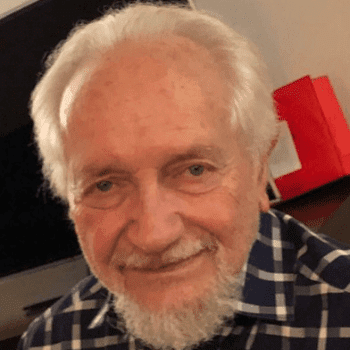 “This is a book everyone who is sincerely on the spiritual journey should read. In every way, Andrew Cohen’s rise, fall, atonement and the fruits of his journey manifested in new understanding and vision - this is truly the drama of an archetypal hero’s journey. Beyond the historical narrative of his passage, the author so often includes the larger significance of his experience, and its relevance to the current evolutionary scene. He does this with the clarity and integrity so characteristic of his writings. Included in this book is a beautiful review of his teaching of Evolutionary Enlightenment, a stand-alone gem. This book is also enriched by the many dialogues the author includes with several leading integral thinkers as they consider various questions raised by his journey.

Make no mistake; this is a book which challenges the reader on many fronts. The reader is asked to balance perceived rights and wrongs of how the Guru position was carried out in the community setting, the consequences to his students, to forgive the teacher’s human failings, and to acknowledge the validity of his transformation. Finally, it is the reader’s heart and soul that must answer whether the Guru’s gift - the realization of one’s True Nature - is worth it all.” 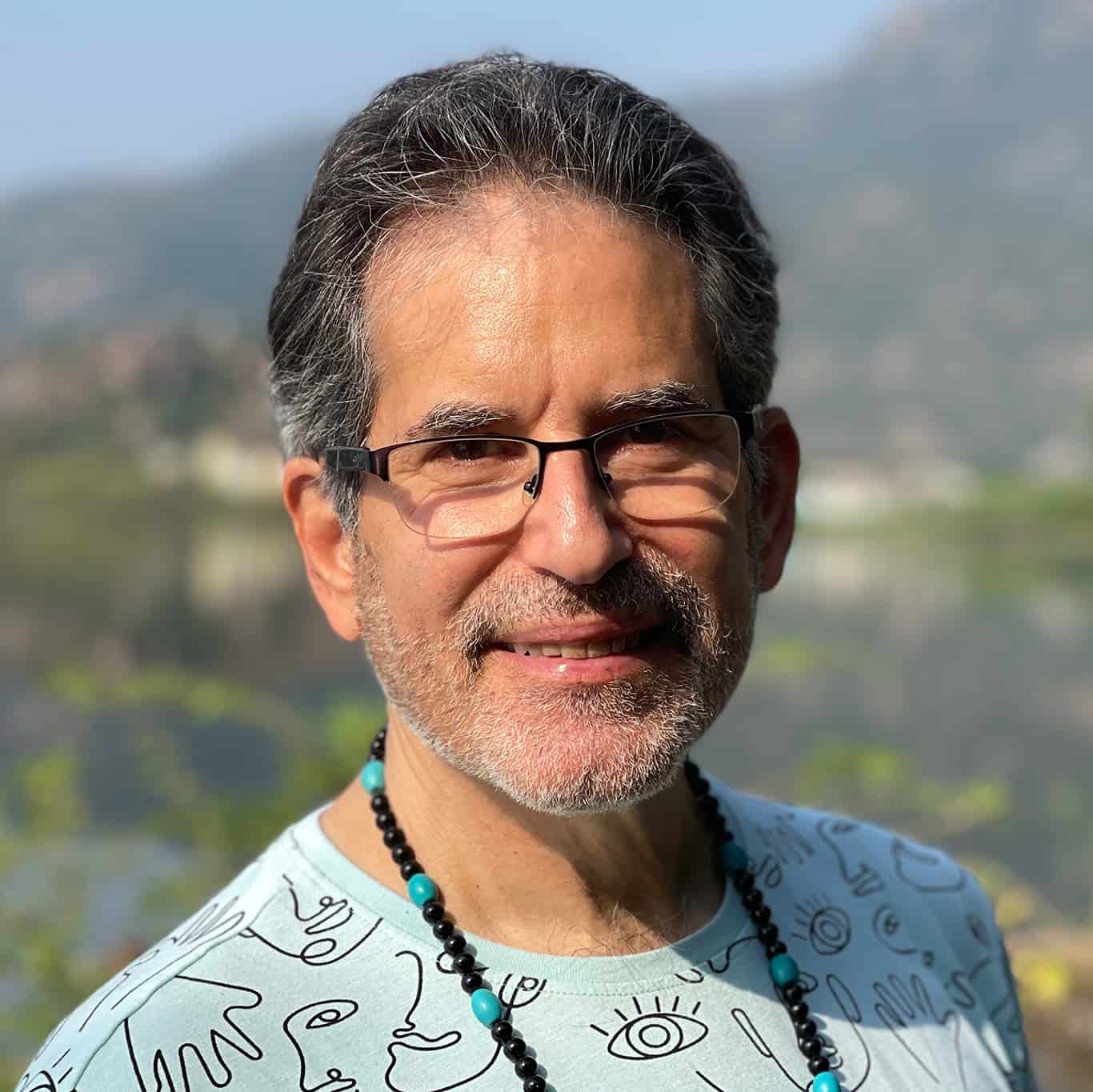 Andrew Cohen is a spiritual teacher, cultural visionary, and founder of the global non-profit EnlightenNext and its award-winning publication EnlightenNext magazine. After the collapse of EnlightenNext in 2013, Cohen took several years off from public teaching.

In 2020, he and a group of collaborators launched Manifest Nirvana, a sanctuary for deep transformation, where 21st century spiritual explorers and integral pioneers will find their home. The author of several books, including Evolutionary Enlightenment, he lives in India. 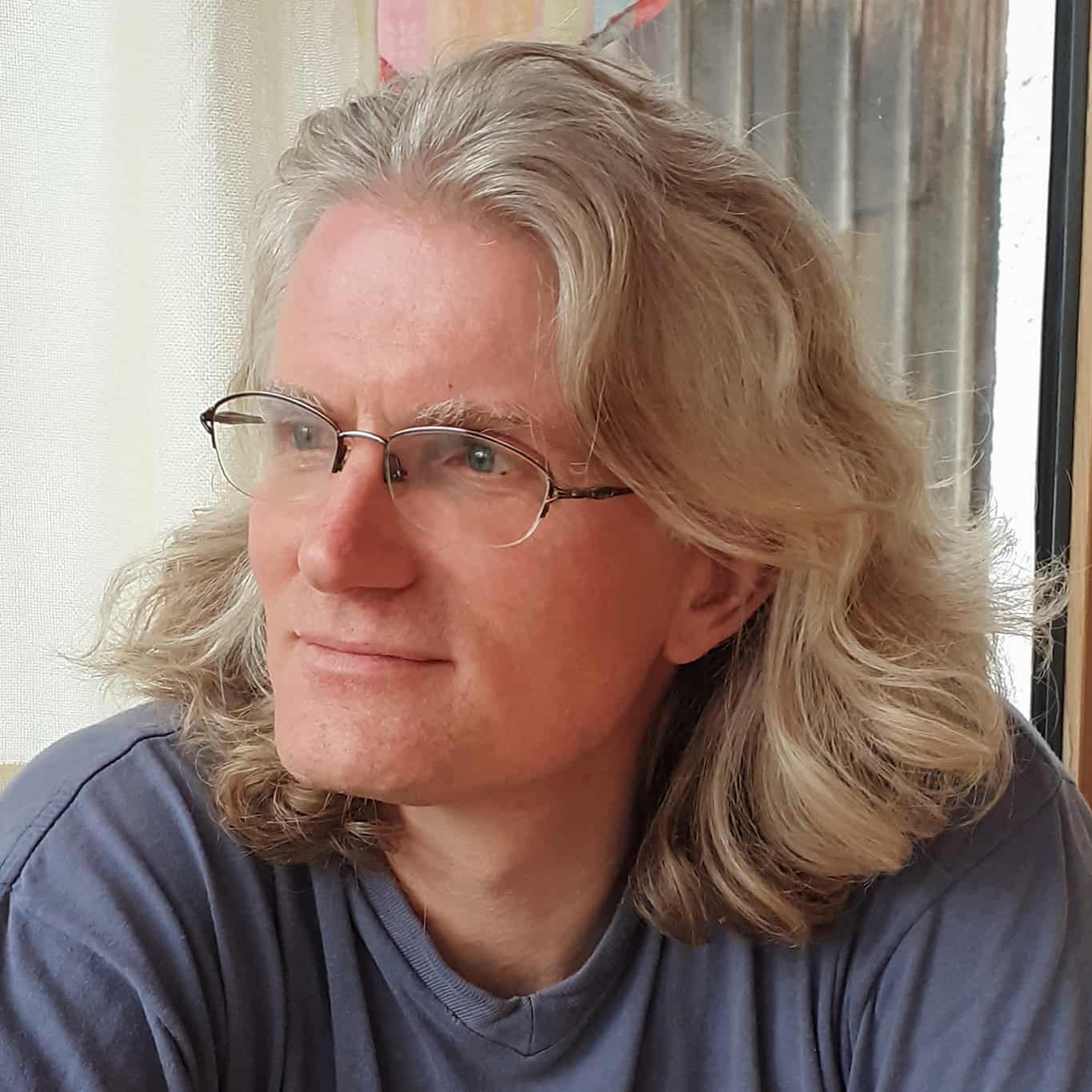 Hans Plasqui is a writer, scholar and spiritual practitioner who has studied with several teachers, including Saniel Bonder, Terry Patten and Ken Wilber. He has specialized in Wilber’s Integral Theory, which he studied at JFK University. The author of Sincerity Uncompromised, he lives in Belgium.