The Nonduality of Being and Becoming 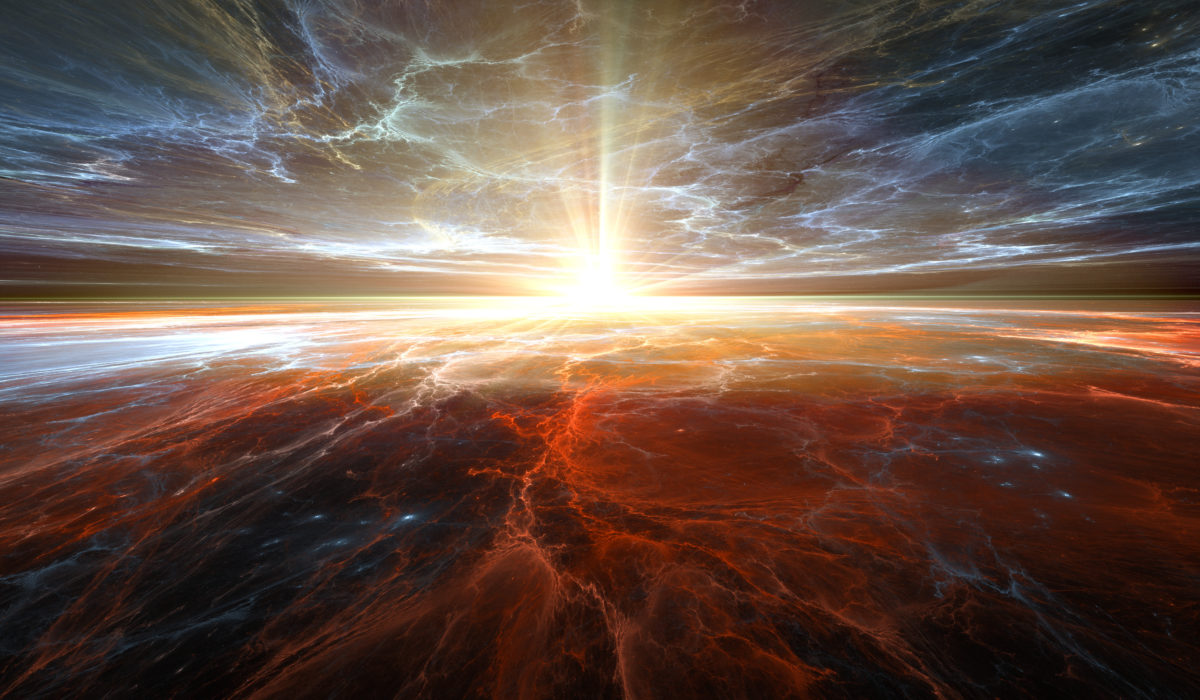 The word nondual means “not two”. The revelation of nonduality is that the ultimate nature of all things – seen and unseen, known and unknown – is one and not two. Why is this discovery liberating?

At the deepest level, the ground of everything – ultimate reality – is immortal. Mystics often refer to this depth dimension as the uncreated or the unborn. As self-aware mortal beings, we can awaken to a dimension that exists prior to time, history and matter – a dimension that is immortal and unchanging. When one awakens to this timeless, formless, uncreated dimension, there is a simultaneous recognition that this is who one is at the deepest level of one’s being. There is a direct awakening to and recognition of one’s own immortal nature, and this changes absolutely everything.

The reason the discovery is so liberating is because, from the perspective of the deepest nature of the self and reality, we are always already free. Whatever happens within the relative dimension of embodied existence, from this absolute perspective there is only ever unconditional and infinite freedom.

This is why the great mystics of all traditions have almost always renounced the world. The discovery had such sweeping significance, and was so deeply convincing, that they were compelled to drop everything in pursuit of what it promised. Indeed, for at least five thousand years, the heartfelt aspiration for liberation has been accompanied by a desire to be free from the world. The Buddha, Jesus, Ramana Maharshi – they all went into seclusion in order to meditate, so that they could directly experience the unconditional freedom of immortality that exists prior to the world of form.

But within the Buddhist tradition, with the birth of Mahayana buddhism in the second century there was a shift that began to emphasize the essential nonduality of form and emptiness. The Buddhist realization is that we can also find the absolute truth of nonduality in the world of form, because its ultimate nature is the nondual empty ground itself. So even here in the manifest universe, the ultimate nature of everything is emptiness. From this perspective, we don’t have to escape the world of form in order to awaken to the ultimate nature of reality. This is a hugely significant step forward in the understanding of nonduality, but in the 20th century there has been one more big and very important advancement.

The classical definition of nonduality is that the ultimate nature of all things, seen and unseen, known and unknown, is ultimately the timeless, formless, empty ground. Gurus and mystics who teach this definition tend to proclaim that the world is an illusion, and that consciousness alone is real. My own teacher, the great H.W.L Poonja, taught in this way – and there’s no doubt that he awakened many people to this nondual truth, including me.

But around 200 years ago, something new and paradigm-shattering entered our understanding. With the discovery of evolution, we finally understood that the world of biological forms is evolving, in a state of endless becoming, reaching for ever greater complexity. Given vast aeons of time, energy and matter can organise itself into patterns of such unimaginable complexity that eventually mind, consciousness, interiority and the human capacity for self-reflective awareness can emerge.

After nearly 14 billion years of cosmic evolution, in an inconceivably tiny corner of the vast cosmos, matter became conscious. In the context of this new evolutionary worldview, it seems obvious to me that the classical teaching of nonduality isn’t a complete enough truth. Without our cosmically evolved capacity for self-reflective awareness, we would not even be cognizant of the truth of nonduality.

So now the picture becomes very interesting indeed. In the recognition that form and emptiness are one and not two, we realize that we don’t have to escape the world or the body to become aware of its ultimate nature. No matter how it may seem in any given moment, the ultimate nature of reality is that nondual ground. But with the discovery of evolution, we understand that the creative impulse itself also arose from that nothingness.

Everything that exists in the cosmos – from energy to matter to life and finally to self-aware consciousness – all this apparently emerged from primordial emptiness. When you contemplate it deeply for a moment, it’s mind-blowing. If it’s true – if all of this unimaginable creativity emerged from nothingness – that means that the nature of nothingness, the nature of voidness, is not merely nothing.

The forms that cosmic and biological evolution give rise to – planets, stars, galaxies, ecosystems, bodies and minds – are finite and mortal. They arise, they enter into the stream of time, they exist for a period and then fall away. But the impulse that gives rise to them, the evolutionary impulse, is not separate from the primordial ground of everything. It is immortal and indestructible.

Evolutionary Enlightenment, or evolutionary nonduality, recognises this new cosmology. It embraces the truth that the ground of being – the timeless, limitless void that always already abides prior to time and space – is not separate from the creative driver of the evolutionary process itself.

In traditional teachings of nonduality, the deepest dimension of reality at the level of the self is the experience of peace. You have never been born, never entered the stream of time, and the experience is one of unimaginable peace. But evolutionary nonduality recognises that the absolute principle has taken an enormous leap. When this principle takes the leap from nothing to something, from being to becoming, peace becomes utterly transformed. It enters into the realm of space-time and becomes the consciously felt experience of overwhelming, intoxicating and exhilarating ecstasy and urgency.

The human experience of the evolutionary impulse is ecstatic urgency. It is the felt pulsation and vibration of the nondual, of evolution itself. It is the desire to exist. It is the urge towards emergence, towards creativity, towards life and consciousness. It’s the profound glory of existence. When we embrace the truth of nonduality within an evolutionary context, we awaken to it as both being and becoming. As we begin to see the truth of nonduality or enlightenment in both these dimensions, they become absolute reference points and orienting principles in relationship to the entirety of our experience.

In Evolutionary Enlightenment, the nondual is experienced in both dimensions: as both infinite peace and as the ecstatic urgency of the evolutionary impulse driving us towards ever higher levels of awakened consciousness, depth and creativity.

Human experience is endlessly complex and challenging for all of us, no matter how enlightened we may be become. But when we truly recognise ourselves as the very energy and intelligence that gives rise to the creative process – not just intellectually, but directly, as a felt self-sense – this becomes a source of infinite spiritual renewal.