The World is the Monastery 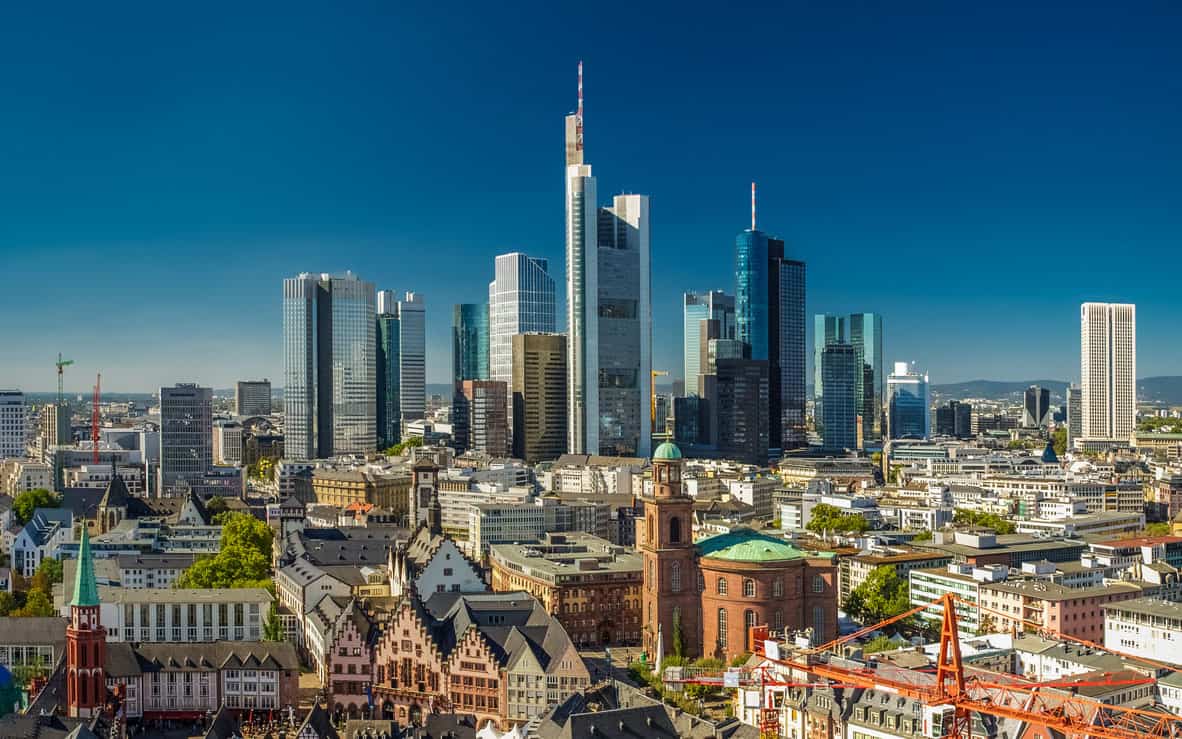 Nirvana is a Buddhist term. It means the experience of enlightenment, the end of suffering, the fulfilment of all spiritual seeking. The attainment of this state is the source of the greatest happiness and the most indescribable joy.

In 1986, as a result of the profound grace and benediction of my Guru, I entered into the most amazing, liberating, ecstatic depth of awareness, bliss and overwhelming love. In that state and as that state, I knew I had always been free. Free from suffering, grief and pain. In that state I was one with the entire cosmos, one with literally everything; my self-sense was free from time and history, and because of that, everything appeared as constantly fresh and new.

In that State of Grace one is born again. Each and every awakening and reawakening to that benevolent state of grace is a rebirth into our own uncorrupted innocence and purity. Before I met my Guru I believed it was possible to attain this state. After I met him I knew it was possible.

In Nirvana, time slows down, and the living presence of eternity vibrates powerfully as the very center of our awareness. A life lived earnestly according to spiritual principles is one in which we prioritize creating the most ideal conditions for enlightened awareness to emerge in consciousness.

For millennia, men and women have left the crowded and noisy distractions of the marketplace in order to actualize this inner revolution in consciousness. They have retired to the pristine quiet and focused concentration of the mountain cave or hillside monastery, or the pregnant silence of the desert.

But for most of us, the majority of our attention is focused on survival, full time work and family responsibilities. Our recreational activities and social engagements make it very tough to find access to the liberating depth and freedom that always abides at the core of our being. Indeed, the ecstasy of eternity consciousness is generally obscured in our awareness by the outwardly-focused habits of living.

Paradoxically, in the midst of these super challenging times, universal access to the internet now offers a dizzying array of anything and everything spiritual; from enlightenment in a few easy online lessons, to endless varieties of psychotherapy, and mindfulness training; from Buddhist philosophy and meditation to every form of yoga imaginable. Most of these offerings are meant to help us to improve our inner and outer lives without overly inconveniencing ourselves – and in so many ways it is truly amazing what is available and within such easy reach.

The historical Buddha’s original idea was that through through dedicated practice and deep commitment one could enter into Nirvana as an almost permanent state of liberation – one could permanently awaken to the timeless State of Grace he called “the Unborn”. In order to facilitate that profound transition, he encouraged his followers to abandon their worldly responsibilities, and join him as monks and nuns in a dedicated and focused life of seclusion and meditation in the forest.

Nirvana is not only a higher and deeper state of consciousness; it is also a more conscious relationship to life. Samsara is not only a life lived in ignorance of deeper states; it is a life lived devoid of deep introspection and the existential challenge of wrestling with the perennial questions of meaning, purpose and value. Sincere aspiration for Nirvana usually begins with a felt desperation of needing to find the answers to the questions “Who am I?” and “Why am I here?” as if one’s life depended upon it.

Nirvana means being awake to the eternal nature of our own true selves, and to the infinite context in which everything around us is unfolding. Samsara is being oblivious to the depth dimension of consciousness, and living in ignorance of the truly miraculous multidimensional complexity that makes up our inner and outer universe.

My Guru said to me one day “as Nirvana has no beginning or end, so Samsara has no beginning or end”. By this he meant that they were literally two different worlds, alternate dimensions that never meet. That’s why waking up has always been considered to be such a big deal. It really is leaping from one experience and perspective of reality completely to another.

In general, these days those of us who are inspired to embark upon the spiritual path do so to improve the lives we are already living. We learn to meditate in order to quiet a mind that tortures us daily. We do psychotherapy in order to understand ourselves better and to lessen our suffering. We do yoga and exercise to improve our health and wellbeing. We participate in men’s and women’s groups to develop our interpersonal skills, and to deepen our capacity for brotherhood, sisterhood, empathy and compassion. Then, from these noble developmental practices, we tend to go back to our lives and personal agendas, albeit much improved as a result.

When I started out on the path I never wanted to go back. My intention from the very beginning was to make the leap from Samsara to Nirvana, and never to return. That was my hope, my dream. It was a dream that came true.

As a seeker, I was one-pointed. When I eventually became a spiritual teacher, I remained equally one pointed. My message and focus was never self-improvement, it was always “going all the way,” whatever that was going to mean.

It turned out to mean the coming together of hundreds of people from around the world in a grand utopian vision inspired by evolutionary ideals, and it worked and thrived for over a quarter of a century. The driving principle was “going all the way” and the rare degree of commitment this engendered from so many created a very powerful atmosphere of dedication and sincerity. Such a rare degree of commitment had a profound effect on the shared intersubjective worldspace that this utopian experiment gave rise to.

Because of the one-pointed focus on enlightenment here and now, and the evolution of consciousness first and foremost as a shared value, we indeed were living in a very different world. We were looking through a completely different lens. We didn’t do such intensive practice merely to improve ourselves on an individual level. We did it to create the rarified conditions in which a completely new worldspace could arise within and between us, and that is indeed what happened.

The reason for this was that so many were making the evolution of consciousness their primary shared value system. That alone was what defined the contours of the new worldspace we were giving rise to. When we enter into a monastery, we enter into a different world where metaphysical aspirations are put before material ones.

This shift of primary values does indeed change so very much. Until very recently, the dichotomy between the spiritual world within, and the material world “out there” has been prevalent in a lot of our thinking. Slowly but surely, a different perspective altogether has entered the leading edges of progressive culture. That is the Eastern metaphysical notion of “oneness” or “nonduality”.

This simply means that all of reality, inner and outer is in fact one undivided process. It is a perspective that arises from deep spiritual insight, and is described in much depth and detail in both ancient and modern Eastern metaphysical texts.

The fundamental realization is that the ultimate truth is that there is only ONE. One cosmos, one life process, one consciousness, one reality. From that nondual or absolute perspective, any appearance of uniqueness, difference, or separateness or specialness of any kind is recognized to be illusory.

At the very leading edges of progressive culture today, in what is called the “integral” stage of consciousness, this profound nondual perspective is shared by many sophisticated and spiritually aware people. From this very high vantage point, the understanding is that the world “out there” and the world “in here” are all part of one unbroken evolutionary continuum. From this profound and spiritually awakened perspective there is truly nowhere else to go than where we already are.

Indeed, the very deepest realization of oneness reveals to us that there is no place that is more holy, or sacred, or closer to God than any other. Whether it’s the inner sanctum of a Tibetan Monastery or the main floor of the New York stock exchange, there is in fact only one reality. If we have the eyes to see it and the realization to recognize it, absolute spirit is literally everywhere.

In an integrally informed, evolutionary spirituality, we strive to awaken never for ourselves alone, but so that the world around us can become enlightened as a direct result of our own efforts. The nondual direct relatedness between inner and outer, self and world, is always front and center. From the perspective of enlightened awareness, the world is the monastery and the monastery is also the world. There is nowhere to go other than where we already are right now. There is nowhere that is closer to God, to infinite spirit than where we are in this very minute.

Over four years ago our utopian experiment came to an end. For all the reasons I have laid out, these days many sincere and sophisticated people feel that the ashram model is no longer relevant for the time we are living in. From a certain vantage point that makes perfect sense – the world now needs us to be in it more than ever. And if metaphysically there is no ultimate difference between the world and the monastery then why go somewhere else to find lasting depth, to find Nirvana?

I agree. But I also know for sure that there is a profound difference between the depth of consciousness experienced and shared when the call of spirit comes first, and when it doesn’t – even if there is, in reality, no here and no there.

So, if the world is indeed the monastery, what is the new model for going all the way?