The Truth of Suffering 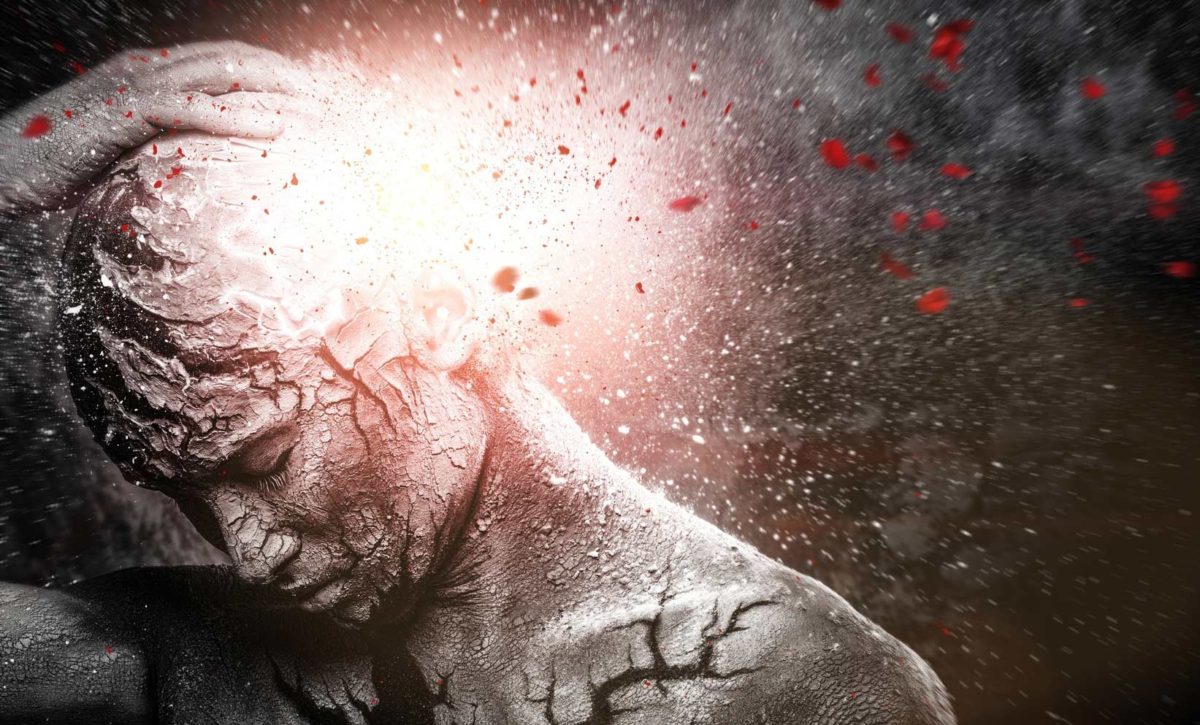 Around a month ago, I was teaching at a friend’s home in Lucerne, Switzerland. During the evening a young woman in her twenties asked me a question.


“In the end, isn’t all this, life, just a big game? For me it’s easier when I think about it this way, because then I don’t have to take it all too seriously.”

“Oh no…” I replied with great intensity, “this is not a game at all!”

“Because of the truth of suffering.”

I didn’t always understand this fundamental truth, despite the fact that I’d suffered a lot in my early life. When I met my teacher, this changed so quickly and so dramatically that I soon forgot about most of it.

Indeed, after the master’s metaphysical blessing I was sure the nightmare of suffering had finally ended. A month after my first meeting with him, I called my mother from New Delhi.

“It’s over” I exclaimed into the phone.

All I could say was “Everything.” Understandably she didn’t know what I was talking about or what it meant.

In those magical days and nights I went to bed swimming in bliss and woke up in a state of wonder. It really DID seem to all be over. All of the doubt, fear and profound existential anxiety of knowing you are lost, and that it is late in the game, and that you may never truly find your way home – the true seekers worst nightmare.

Now suddenly all that had changed and there was so much love and so much gratitude. I had never been so loved and in love. I experienced such deep appreciation for what I had been given. For the first time, I found a deep respect not only for myself, but for life itself. Now I had found something to live for that was so awe inspiring that the mind couldn’t hold it for more than a second at a time.

For most of my teaching career I believed and taught passionately that emotional suffering need no longer be a necessary part of the human experience. And for more than a quarter century that kind of suffering was rarely a part of my own experience.

Because of this, in the teachings of evolutionary enlightenment suffering was rarely mentioned. The goal of the teaching was to be free from ignorance, not free from suffering. The belief was that so much suffering is self-created, and that this is the result of ignorance and wrong thinking.

That may often be true, but it didn’t address the issue of suffering as an existential reality – a hard, brutal and unforgiving part of the experience of life, not only for humanity, but for all sentient beings. I had rarely contemplated this dimension of suffering, except when thinking about unthinkable acts of human cruelty and genocide.

In Mahayana Buddhism there is enormous emphasis placed on the need to cultivate compassion as the very moral foundation to support the profound awakening to the absolute nature of reality as emptiness.

While I was familiar with this teaching, to be honest I didn’t deeply understand it, and I couldn’t relate to it directly from my own experience. But since then I have come to recognize suffering as a fundamental existential reality that is an inherent part of life, as much as death is part of life.

In the early part of my break from teaching, I spent some time doing volunteer work at Mother Teresa’s mission in Calcutta. Even though I had been to India countless times and thought I had faced into the fathomless human degradation one finds all over that amazing country, I had never before seen such depths of heartbreaking misery.

I was faced with this daily, all along the streets of the Muslim slums I traversed every morning and afternoon. I witnessed a kind of grinding poverty that makes one both numb and desperate at the same time.

One day amidst this horror I came across a creature in horrendous and unbearable pain. It was a large dog whose back had obviously been broken by a passing car or rickshaw. The animal was shrieking in agony and clearly begging for mercy of some sort.

He was by the side of the road with half of his body lying in trash-filled water. In my desperation I tried to ask the street people and beggars what could be done. They all thought it utterly hilarious that a westerner cared for the suffering of this pathetic, dying animal.

I simply didn’t have the courage to do the right thing. After a while I left, utterly dumbfounded and awestruck by the overwhelming pathos of the scene I had witnessed.

When I returned for work the next morning the poor creature was still there, screaming for relief. This was truly unbearable. I told one of my fellow volunteers about the animal, and he assured me he would put it down. After work I asked him again if he would really do it. He said no.

The Buddha’s first noble truth is the Truth of Suffering. He teaches that suffering is an integral part of life, as much as death is part of life. The teaching of the Eightfold Path is purported to be a way out of suffering, and the goal of that teaching is Enlightenment; the profound awakening to consciousness, Being or Emptiness as the timeless, formless, spaceless interior domain; the metaphysical source of ultimate freedom or liberation.

In spite of having received that ultimate gift from my Guru when I was only 31 years old, on my 60th birthday I was suffering a lot. The overnight collapse of my worldwide community was the heaviest of burdens. Even after three years, the unbearable and unavoidable fact that my pride had been the main cause was tormenting me in the worst way.

That day, my wife Alka and I decided to go to Boston to celebrate and spend time together. We chose to go out that bright morning on a Whale watching tour out of Boston harbor. The boat carried about two hundred eager passengers, and we sailed for over an hour into the open sea.

Soon the truly wondrous sight of small packs of Humpback whales began to appear on the horizon. This lifted my spirits. As we slowly approached them they seemed to turn towards us, unafraid. We ran outside into the brisk air to bear witness to these amazing creatures.

All two hundred of us shouted and whooped at the top of our lungs simply because we were awestruck at the sight of these absolutely enormous and beautiful beings. They seemed as curious about us as we were about them.

There were moments when they allowed us to get very close to them, and I felt the hair stand up on the back of my neck as the extraordinary poignancy of interspecies intimacy was shared by so many of us. We saw twenty five whales that day, and the experience repeated itself over and over. It was such an incredible and uplifting adventure.

After about four hours the boat returned to Boston harbor, and after we stepped off we walked down the wharf and entered an adjacent hotel to have something to drink. We both ordered coffee and sat in silence for a very long time.

I put my head in my hands and I went into a deep meditative state. Soon the ecstasy of our time with the whales receded, and a deep despair returned with overwhelming intensity. My head was swimming, and I felt like I was sinking ever deeper into darkness when suddenly I heard something snap. It was my heart. The hard ice of pride in which my heart had been encased had cracked open, ever so slightly.

When this happened it was like a huge door opened. I was aware of the overwhelming nature of suffering as a seemingly infinite field of pain and grief that included all sentient beings everywhere throughout all of creation.

This also included all the people to whom I had caused suffering. It was both unbearable and liberating a the same time. I never had felt more vulnerable or more human.

I asked myself “how much have you had to suffer, so that this heart of yours would break?”.

I thought to myself “how much suffering does it take for any of us to become fully human?”.

This was the first time I really understood the meaning of grace.