The Man and the Master 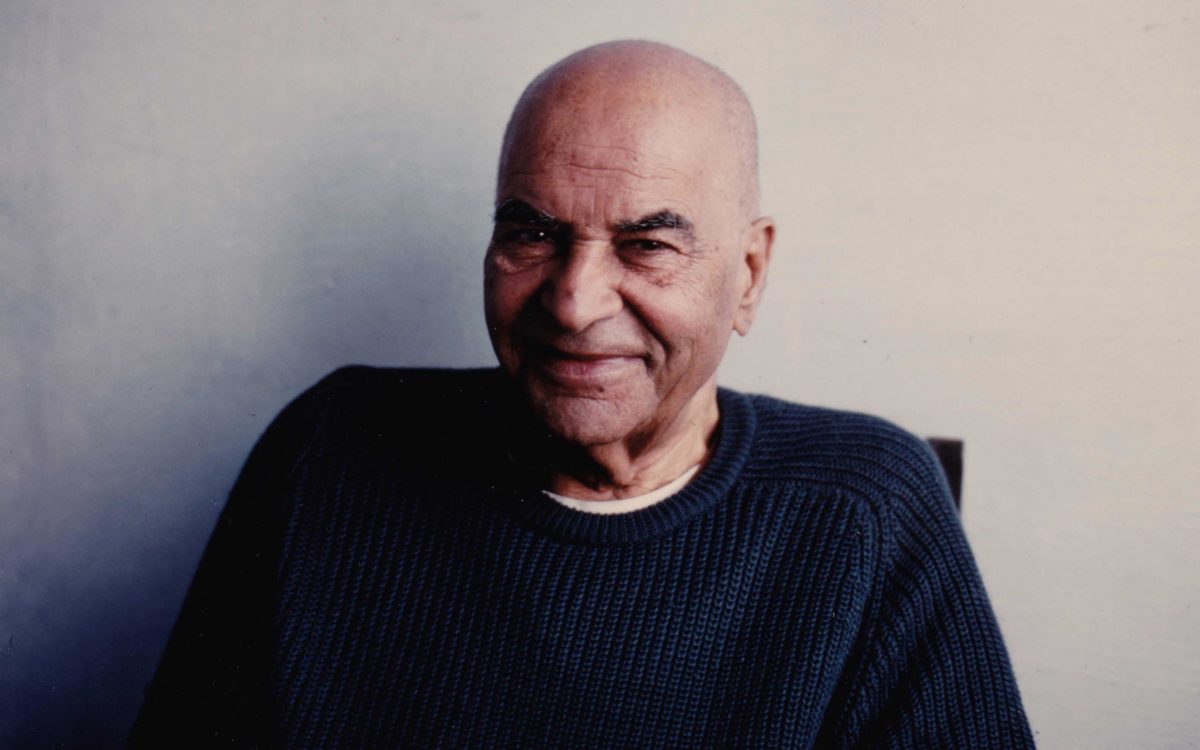 Last week was my Spiritual Birthday. March 25th 1986 was the day 31 years ago when I met my Guru HWL Poonja. It was the day that everything changed for ever.

I had only been in his company for five minutes when the most extraordinary thing happened: It suddenly dawned on me that I had never been unfree. I realized in a flash of insight that unenlightenment was only a thought. I saw that the only thing standing between enlightenment and unenlightenment was our unconscious, deeply conditioned limiting beliefs about who and what we are.

This experience of profound liberating depth and clarity lasted for a matter of seconds. Those few seconds were the beginning of a date with destiny that would catapult me way out from any of my familiar reference points. If someone had told me beforehand what was about to happen, I would never have believed it.

What happens when you meet a true Master is that in their reflection you discover who you really are. You come home to your true Self. You find out directly who God is. You realize in astonishment that He has always been nearer than near – the very deepest part of your own Self.

This kind of awakening always changes everything. This is when you transform from being a seeker to a finder. Now you know the ultimate mystery that lies beyond life and death. Now you know from your own experience what the greatest seers and sages throughout history were pointing to when they spoke in parables about that which is Ultimate, Absolute and unknowable by the mind or personality.

For three weeks I spent all day and every day in the company of this great Teacher. We would go for long walks, sit quietly in his room, or go out for coffee. Often he would invite me to have dinner with him and his family. He would never let me pay for anything.

He was so incredibly generous in every way during that life transforming time. I asked him all the questions that were most important for me on my path. No question was ever too much for him. He was so loving, and seemed interested only in my welfare and wellbeing.

When I was about to leave for a few weeks to visit a friend, he boldly announced that when I left him something big was going to happen to me. Afterwards he burst out laughing in the most uproarious way.

He was right. Upon leaving his company, almost immediately an inner alchemical process began in my soul that swept me to another dimension. When I realized what was happening, I simultaneously understood who he really was. He wasn’t merely the man, the wise and generous teacher he appeared to be. He was a portal to the infinite.

Because of this realization, when I returned to him three weeks later I fell on my knees in front of him and burst into tears. My gratitude knew no limits. He had given me the ultimate gift.

During the first few years after I accepted my Master’s extraordinary gift, I idealized him. I saw him as close to a perfect being. He was God in human form. In India this is exactly what they believe: that “God and Guru are One”. After meeting such a spiritually gifted man, for the first time I truly understood the truth in that ancient saying.

But this gradually changed. I slowly came to notice that the Master wasn’t as perfect as I had originally believed him to be. I began to see that this man had the familiar issues, quirks, and conditioned tendencies that all human beings do. In addition, he wasn’t always honest.

This was unbearable for me to see. I felt deeply let down. Because of this, over time I stopped seeing the Master. The one who had given me so much was now just a man. That’s all I could see. He knew this and felt betrayed.

Seeing his flawed humanity I began to judge him. My attention was now on his flaws, not his extraordinary gifts. In the worst way I forgot who he was and what he had so generously given. He wasn’t perfect, and neither was I. As I started to doubt him, he started to doubt me and we eventually lost touch with the deepest part of each other.

In retrospect I see that precisely because he gave me so much, I expected him to be perfect – no less than a saint. In fact, I felt he owed me that! It seemed self-evident that because he was so powerfully enlightened, he would also be a living God. But he wasn’t, and I just couldn’t bear it. Because of this I eventually turned against him, the man who had given me everything.

This kind of scenario so often happens around powerfully awakened men and women. It seems that most of us have a need to see our teachers as not just extraordinary and gifted people, but as perfected beings. That’s why we find it so deeply disillusioning when we inevitably discover that they are not. This is because our understanding of what profound spiritual attainment should look like comes to us wrapped in an ancient mythic belief system – one that equates divinity with human perfection.

We may not consciously hold this belief, but deep in our hearts these convictions may be alive in the form of unexamined hopes and needs. When we deeply love our teachers, we understandably want to see them as perfect, mirroring the mythic status of historically celebrated spiritual giants.

I certainly viewed my own teachers in this way. This just goes with the territory. When someone has an intense spiritual power that can open our hearts in such a profound way, it’s almost inevitable that we will begin to view them through a mythic lens. We can’t help but idealize them.

I recently learned form a good friend that Master Poonjaji had once said to him when they were sitting alone together “…always remember to not to confuse the man with the Master”. His point was that they are not one and the same, and in truth never really could be.

As a young teacher, in my youthful arrogance I determined that I would be the one to bridge that divide; in me that gap would not exist. After 27 years of trying, I failed in a dramatic way.

Mother India’s greatest gift to humanity has been her ancient discovery of higher states of consciousness, of spiritual enlightenment. She has gifted us such historically lauded and revered pioneers as the Buddha and Adi Shankara.

As we travel deeper into the 21st century, if their monumental discoveries are ever going to become truly relevant, our understanding of them is going to have to evolve, along with the rest of our outdated beliefs.

This will demand a great deal from all of us.