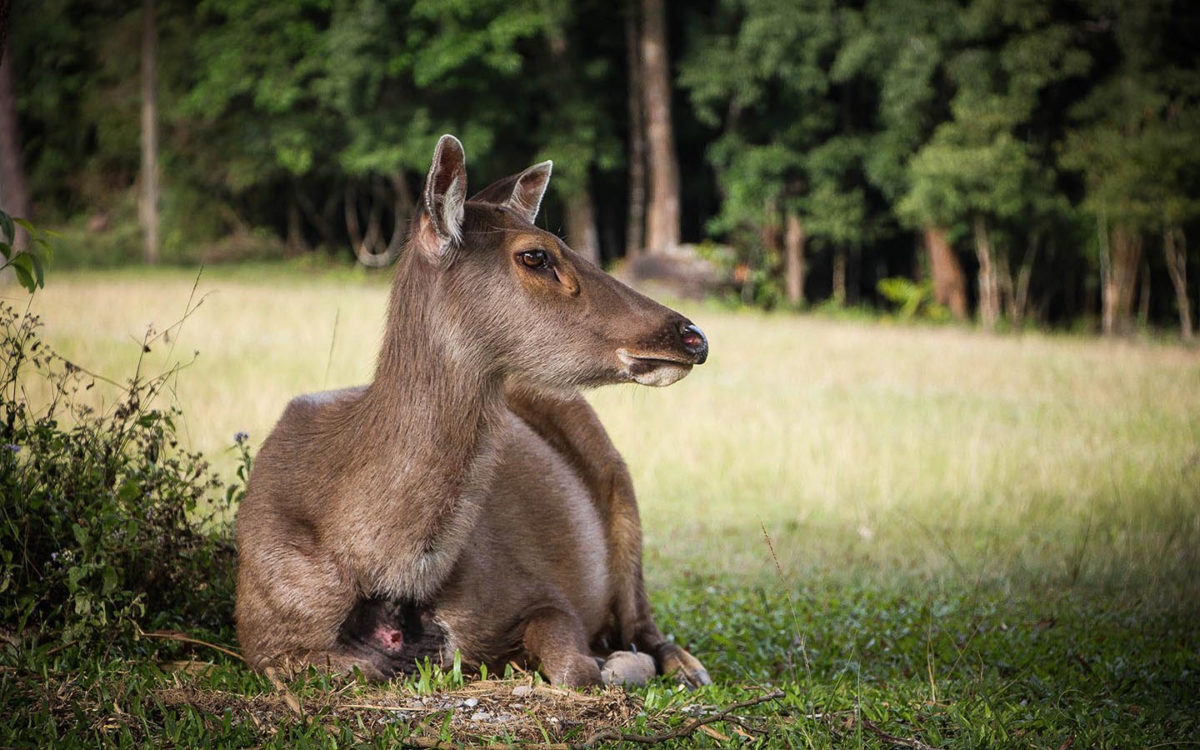 I practice Hatha Yoga at our local gym. As often as possible I have a sauna when I’m finished. The other day I had an unexpected meeting with a young man while I was sitting in the intense heat.

He is in his 30s, and we’ve exchanged pleasantries over the months but never actually had a conversation. The other day we did, and the first thing I learned about him was that he was a plumber. He then told me that he also liked to hunt, and proudly shared that only a few days before he had shot and killed a deer.

“Really?” I exclaimed. “Yes” he replied. He went on to explain that he didn’t hunt with guns, but with a bow and arrow. He said that he had built a platform in the woods up in the trees where he would wait patiently for his prey to appear.

He had been there for many hours that day before a young deer walked into his range. After he shot it, the animal took off and ran for over a mile before finally coming to rest in a stream. He explained that when deer are wounded and bleeding they search for water to rest in.

His arrow had punctured the animal’s lung, and it was bleeding profusely when he finally tracked it down. Before he shot it again he took a picture on his phone. The dear was sitting quietly and with great dignity, seeming to stare calmly into the distance while it waited to die.

He showed me another picture of the dead deer lying over his lap as he proudly posed for a photo of himself with his quarry. I asked him if he ate the meat. “Oh yes, I also ate its liver and its heart”.

I was a little shaken by this information. After a pause he stated with great sincerity and vulnerability that he hunted because it enabled him to experience oneness with nature. “It’s so amazing,” he said, “right after I shot the deer my heart was racing and my whole body was shaking, the adrenaline was pumping so strong!”.

30 years ago I was traveling in South India with my Indian wife-to-be. We were staying at the beach in Mahabalipuram on the Indian ocean. One evening I ordered a huge lobster for dinner. She had been a lifelong vegetarian, and was visibly horrified as I cracked and sucked my way through the boiled creature’s arms and claws.

She suddenly blurted out with great intensity “it’s just not aesthetic!”. This statement stopped me in my tracks. After that evening I never touched meat or fish again.

Five years ago I discovered an extraordinary vegan activist named Melanie Joy. She had recently written a book with the provocative title Why We Love Dogs, Eat Pigs and Wear Cows. Melanie had a great awakening when she was 18 years old. She was eating a hamburger and petting her dog at the same time. For no apparent reason something clicked and she could no longer deny that the cow she was consuming had as much right to live a good life as the dog she loved so dearly. Her awakening was the realization that there really was no difference between the two. They are both conscious, sentient beings who experience pain, fear, love and attachment, just as we do.

I did a video interview with her for my website at the time, and we eventually met and had dinner together. She had an original philosophy that she called “Carnism.” It goes something like this: first there is racism, in which one feels inherently superior to human beings from other ethnic groups. Then there is sexism, in which women are seen as inherently inferior to men and not deserving of the same rights, respect or status. Finally there is what Melanie calls “carnism”. This is when human beings do not recognize the sentience or interiority of animals, and therefore are able to treat them as things, rather than conscious beings with rights, needs and feelings.

She explained that this unconscious bias acts like a moral blinder, obscuring the living consciousness and souls of other sentient beings, both human and animal. She states powerfully that “…eating meat used to be a matter of survival, now it’s a matter of choice, and choice is a matter of consciousness.”

As a committed evolutionary, this last statement really caught my attention. If true, it would mean that the journey from racism, to sexism to carnism is part of some kind of natural evolutionary progression in human consciousness.

I thought a lot about this. I wish it were true, but it in fact really doesn’t seem to be. Why do I say this? Because most of the smartest and highly-evolved people I know are omnivores. I honestly don’t know what that means.

Back in the sauna I didn’t share my horror with my genuinely kind new friend. I made every effort not to judge him. I tried my best to see his experience from his perspective. But as hard as I tried, I couldn’t relate to the things he described with such candor and honesty. I only knew more than ever that I would never eat meat again.